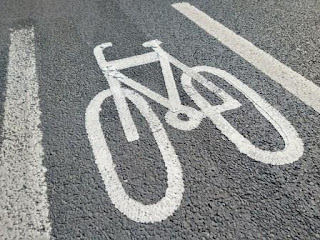 On the Wokingham Road cycle scheme, Reading Council has admitted that it has run out of money and won’t be doing any more of the works related to this scheme. We are letting you know as the council doesn’t appear to have told anyone. There are both pluses and minuses to the remaining elements of this scheme not being taken forward.
Green councillors obviously support measures to boost walking and cycling, but we have shared the concerns of residents about some elements of this scheme. We have been critical of the Tiger crossing by Palmer Park as well as measures which have put cyclists onto narrow pavements – this is especially problematic outside Alfred Sutton primary school. We think this scheme has been a wasted opportunity for more decent on road cycling facilities.
One of the measures which the council disappointingly will not be able to implement because they ran out of money is changing the angle of the entrance to side roads from Wokingham Road. They were due to be made more severe – which would have slowed cars down. This is true for the junctions of Wokingham Road and Holme Road, Regis Park Road, Belle Avenue, Grange Avenue, Pitcroft Avenue which were due to also have similar changes to slow down cars.
Sadly, the Herringbone crossing markings designed to improve things for pedestrians by slowing cars down will not be done at the junctions of Wokingham Road and Belle Avenue, Regis Park Road, Early Hill Road and Holmes Road.
None of the road safety works will be done at the junction of Hamilton Road and Whiteknights Road. This is particularly disappointing with the increased school traffic at this junction which will only increase when Hamilton School which is being built now opens.
However, the council running out of money also means that thankfully the pushbutton pedestrian crossing across Wokingham Road, near Pitcroft Avenue over to the Alfred Sutton school will stay. It will not be replaced with another Tiger crossing like the unpopular one near Palmer Park.
Also, we are pleased that the small pedestrian traffic island in the middle of the Wokingham Road, which residents campaigned for, in between the junctions with Talfourd Avenue and Melrose Avenue will now stay. It will continue to do a good job of helping people cross the road.
The original plans for the scheme can be found on the council’s website here: https://www.reading.gov.uk/council/policies-finance-and-legal-information/transport-schemes-and-projects/ncn-cycle-route-422/
We care about the area and will keep working with you to make it easier and safer to get around especially on foot and by bike.

If you want to get emails on street issues like this for your road let us know.
Posted by Rob White at 20:59 No comments:

Kennet Side closure update – reopening may be further delayed 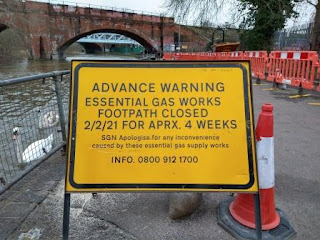 We just sent this update to people who signed the petition over the poorly coordinated closure of the Kennet Side by SGN at the same time that the Napier Road tunnel has been closed by Network Rail. Unfortunately it looks like the reopening of the Kennet Side may be further delayed. If you want to get further updates on when the Kennet Side will be reopened sign the petition here: https://bit.ly/rdghorseshoe
Subject: Kennet Side closure update – reopening may be further delayed
Dear resident
Your Green councillors have been working hard trying to get SGN to either accelerate the works to upgrade the gas main on the Kennet Side or provide a path around them. We know how frustrating it is to have to walk the long way around! Unfortunately it looks as though the works and closure are further delayed.
Following Cllr Brenda McGonigle’s petition I met with the person in charge of the contractors. He said they can’t work any quicker and a path can’t go through the school car park because of the extent of the works. He also said they don’t want to use a floating path or a ferry because of the expense and now the high level of the Thames.
We have just heard that due to the high level of the Thames the works may be further delayed. SGN say they are bringing over extra resources this week to try to finish the works, but if they are unable they will need to extend the closure up until the end of March. We have asked that the out-of-date signage be updated.
This is clearly disappointing and we will keep up the pressure for the works to be completed as quickly as possible so the Kennet Side can be reopened.
Having said all of that we do obviously support works to upgrade the gas main, it is just frustrating about the timing and lack of coordination with Network Rail over the Napier Road tunnel closure at the same time.
On a related note it looks like one of the contractors working on this site has taken down a large tree without the correct permission as part of the works near the gas main site – well done Cllr  Josh Williams for spotting this. The council is currently pursuing this with them. Also locally you may have seen that SGN have delayed works to demolish the gas tower because excitingly the Peregrine Falcons are breeding (good work campaigners).
We think it is important that residents are kept informed.
Please forward this on to anyone – especially new people - who you think might be interested. If you receive a forwarded email let us know if you would like to be added to the list for future updates about your road.
We care about the area and will keep working with you to improve it.
Best wishes,
Rob White
Green Party councillor for Park Ward
PS If you need a helping hand to get through the Covid-19 crisis, the Council’s One Reading Community Hub is here to help. If they can’t do anything let us know https://www.reading.gov.uk/coronavirus-covid-19/coronavirus-one-reading-community-hub-support
https://www.facebook.com/rdggreenparty
http://twitter.com/reading_greens
You are receiving this street email about an issue in or near your road because you signed the petition on this issue. If you no longer want to receive these emails, please let us know and we will remove you from the list.
Posted by Rob White at 10:53 No comments: