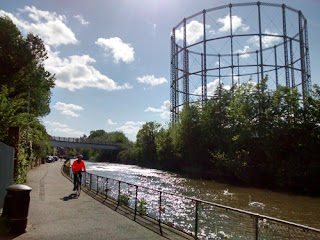 At the last Planning Committee, unfortunately approval was given for three large blocks of flats to replace the existing East Reading Gas Holder. The blocks range in size from 2 to 9 storeys, and you can see the report that came to Committee here: https://democracy.reading.gov.uk/documents/s9032/ABB%20-%20190627%20Gas%20Holder%20Site%20PAC.pdf

Residents attended the meeting and spoke against it for its overbearing nature, sheer size and the fact that it was unsupported in the Local Plan. Green Councillor on the Committee, Josh Williams, also spoke against it as over-development on a small site, and the mass and scale of a 9 storey building being completely inappropriate for the area. He, along with three other members of the Committee, voted against the development going ahead, but sadly, all Labour Councillors voted for the application to be approved meaning that it was.

Thank you to all residents who took the time to engage with the planning process, with many objecting, and especially to those who attended the meeting itself.

We will miss the gas holder as piece of our industrial heritage and a landmark of East Reading. We don't object to development, especially for much needed housing, but we will continue to support residents against inappropriate and over-sized flats.
Posted by Rob White at 11:48 No comments: 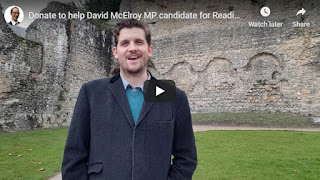 Watch David McElroy on how your donation can help get our message of tackling climate change, a Peoples' Vote and creating a fairer society out to 55,000 households in Reading East.