Why we oppose the Wokingham Road #rdg “cycle” scheme 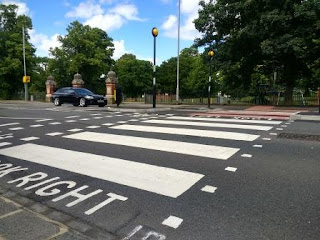 The current Wokingham Road cycle scheme works are in connection with a cross Berkshire cycle route. As you would expect the Green Party is in favour of improving facilities for cyclists. However we don't support this scheme.

Unfortunately much of this scheme puts cyclists on pavements. We worked with Reading Cycle Campaign campaigners and lobbied the council to redesign the scheme with more on road facilities but the council did not listen. So we opposed the scheme. Of particular concern is:

The full plans for the scheme can be found here: http://www.reading.gov.uk/article/11824/NCN-Cycle-Route-422

The scheme will be safety audited after it has been completed. If you have concerns about the scheme please email the council at: network.management@reading.gov.uk and keep us posted.

We don’t support this scheme, but Green councillors will keep working to improve facilities for cyclists and pedestrians.

UPDATE: following our lobbying the council has installed extra signs and road markings alerting drivers to the crossing.
Posted by Rob White at 11:46 No comments: