The proposed East Reading MRT is a destructive road that Reading and Wokingham councils propose to build beside the River Thames, linking the Napier Road carpark at Tesco to the proposed Park and Ride site in Wokingham by the Waterside Centre. This is planned to be used by buses, pedestrians and cyclists, not by cars and other traffic. You can see details on the Council website http://www.reading.gov.uk/east-reading-mrt

The road itself won’t be very accessible to residents of Redlands or Newtown, as access will be via the Napier Road Tesco carpark, or a new path through the Coal Wood (by Tesco) or at the Park and Ride site (beyond the Wokingham Waterside Centre.)

Despite many thousands of people signing a petition against the use of green space beside the river as a carpark, Wokingham Borough Council recently gave planning permission to the proposed Park and Ride.

Reading Borough Council has now applied for planning permission for the road, which they are calling an ‘MRT’. You can see the RBC Planning application, and object, here:
http://planning.reading.gov.uk/fastweb_PL/detail.asp?AltRef=171108&ApplicationNumber=171108&AddressPrefix=&Postcode=&Submit=Search


If you don’t have time to respond to the planning application, then sign the petition here: http://bit.ly/soarpetition


FAQ
What can I do now I know what’s proposed?
If you want to, you can comment through the planning website, as all comments through that route will be formally logged. Emails to the planner may or may not be logged and responded to.

Who is formally applying for this planning permission?
RBC Transport is the applicant, with Peter Brett the agents. Pre-application discussions have been held with RBC Planning officers and it is now a valid application.

Has a planner therefore already assessed it?
No, Reading Borough Council Planning officers have so far helped with some ‘pre-app’ advice only.

So, when will planners assess this application?
Planners will start to get to grips with the application (in all its 125 documents) in late July, early August, and will start by ensuring that all statutory consultations are requested and chased. During that time they will also receive comments and objections from the public. After the consultation phase is finished, the full assessment will take place.

How long is the consultation phase?
This isn’t entirely clear – statutory period is 21 days from when you as a resident were informed about the application – ie. Saw the sign or read the paper, but in practise RBC will accept any comments and objections right up to the committee meeting. However, note that the earlier it comes in, the more time and detail will be spent on it. However, all will be dealt with. The application covers land in two separate authorities and so the application is going to both RBC and WBC.
A ‘16 week consultation’ is also being mentioned by the Council – and it’s not clear what this means. Target dates for officers’ reports and recommendations are that Wokingham Council receive their report first, probably in September and RBC Planning Authority would then receive the report to Committee in either October or November.
It is very possible that details of the plans could change, or be tweaked a little, along the way and these will be allowed where they are done to overcome an objection – unless in the Planning Officer’s mind they are fundamental and therefore require a re-consultation.
This means the overall consultation phase could be July – October or November.

What if the plan ignores alternatives that would also meet that stated purpose? Perhaps in a superior way. Is this relevant to planning?
Yes, in this case that is a material consideration. In planning it usually isn’t a consideration (planning to build a house on location A doesn’t usually involve proving that the site is superior to other options at locations B and C), however, it has been determined that this application must contain an Environmental Impact Assessment and that means that alternatives are now a specific material consideration. Could the stated aims of the project be met in better ways, with less impact on the environment now matters in approving the application.

It has been repeatedly and often claimed that the bridge segment of the plan couldn’t operate as a carriageway for all traffic in the future as it is too narrow at only one lane – but it is over 10 meters wide. (Sonning Bridge is only half that.) So this statement is obviously factually incorrect both in terms of traffic moving on a single lane via traffic lights or a future adaptation of the bridge into two lanes, by removing or reducing the cycle and pedestrian element. Is this relevant to planning?
Yes, there will need to be specific and robust legal requirements that the road and bridge are never to be converted to full traffic use. We don’t yet know what those are, but without them the application would likely be refused, because it is being assessed as a bus use only application.
Although it should be noted that it will probably be bus use plus coach use (RailAir / TVP shuttle) plus emergency services use (should they require it), plus potentially breakdown/recovery use.

Resident are concerned that access to the river from NewTown is via the Kennetmouth – and it appears from plans that this access would be lost for large periods of time during construction. Residents object strongly to this. Is that a planning consideration?
Yes, there would need to be robust phasing plans for the construction and details of access for the public, but of course some disruption is going to occur if approved and funded.

Could I access the planned bridge or road as a pedestrian or cyclist at the Kennet Mouth? If not, surely this application is fundamentally flawed?
No, there is no access planned at the Kennet Mouth, but there is an access ramp planned in the Coal Wood area near Tesco. Access is restricted by construction being in a flood zone, and by minimising the impact on the riverside. Ramps for access could be fairly large. So this is a consideration, but again, just one in the overall planning balance. 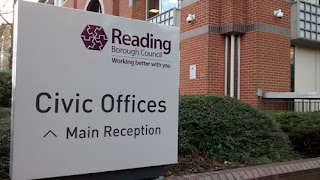 Following the tragic fire at Grenfell Tower Green councillor Brenda McGonigle asked for an update on fire safety in Reading at a recent council committee. Response below:

In the last six months there have been two major fires in high rise blocks of flats in other areas - one in Shepherds Bush and most recently the tragic incident at Grenfell Tower, Kensington.  The Grenfell Tower investigation is underway, but it will be some time before we fully understand how the fire started or why it took hold in the way it did.

Reading Borough Council has three 14-storey blocks of flats in Coley and four eight-storey blocks in Granville Road, Southcote, and we are confident they meet high levels of fire safety standards.

Royal Berkshire Fire and Rescue Services has audited 90 per cent of the Council’s blocks of flats, including our high rise blocks, with communal areas and have not raised any significant issues.  Where fires have broken out inside flats, none of them have spread outside the flat.

Formal fire risk assessments are carried out in our high rise blocks every other year by the Council using a qualified fire risk assessor.  A block inspector regularly checks all blocks and housing officers are on site most days to ensure constant monitoring.  From this year every flat within the blocks will have their smoke alarm tested every year and tenants are encouraged to check them weekly.

There has been much public concern and comment about potential flaws in the cladding that was on Grenfell Tower.  The Council can confirm that none of Reading Borough Council’s blocks have cladding systems comparable to those in the blocks where these fires occurred nor are any of the Council’s homes clad with the material which was used in the exterior refurbishment of Grenfell Tower.

The Coley high rise flats have very few cavities between any external cladding panels and the main concrete construction but on the limited elevations where they do occur fire breaks are in place to stop the spread of fire. None of the other flatted blocks have cavities.

The Coley high rise flats have fire exits at both ends of the blocks and have a call-point alarm system in communal areas which can be heard throughout the building when activated.  The Granville Road flats each have two communal staircases accessed via external balconies.  All flats have their own alarms which sound internally.  Smoke seals and intumescent strips are fitted on communal doors and the front doors of flats in all of our blocks to protect tenants from fire and reduce the risk of fire inside a flat spreading outside.

Fire risk is taken very seriously and the Council operates a zero-tolerance policy regarding items left in communal areas by tenants, as this poses a fire risk.  The Council enforces this policy strictly.

Every block of flats also has a fire notice board with an evacuation plan and factsheet giving advice regarding what to do in the event of a fire.  Following the Grenfell Tower fire, the Council wrote to all tenants in our high rise flats to reassure them of the fire safety measures in place and to urge them to regularly check their flat’s alarms and provide guidance on how to reduce the risk of a fire occurring and what to do if a fire does occur.  If any resident had any health and safety concerns about electrical appliances inside their flat, the Council also offered to visit and carry out testing to check that there were no issues. A fire safety briefing was also provided to all Councillors.

The Council takes fire safety extremely seriously and reviews measures as new information arises or updated guidance is issued.  This includes learning from major incidents in other areas, including the findings which will come out of the investigation into the Grenfell Tower fire.  Despite Reading Council’s blocks differing in design to Grenfell Tower, in order to provide residents with complete confidence and assurance, the Council is appointing an external organisation with specific expertise on fire safety in high rise blocks.  The organisation will carry out a review of our practice in the areas of management, fire safety measures and safety advice to tenants.