Following the Green Party's campaigning on a cycle parking at Reading station I have now received some maps giving us the council's latest ideas on how this is going to work. I have asked them to confirm the  latest number of cycle stands and how this compares to previous peak to provision. Unfortunately still no definitive timescale.

Following pressure on the council and Thames Water regarding the ongoing problems with large hazardous puddles at Cemetery Junction, where they were both blaming each other, we've had a bit more progress. From the council:

"I met with a Thames Water engineer on site last week and jetted the gully in question, the blockage in the gully connection appears to be under the second lane of the Kings Road just before the Thames Water sewer. This means that it is within our sewer connection and we will look to resolve the problem with pooling water. Due to the location of the blockage we would need a full east bound closure of the King’s Road to repair the connection and would likely be both heavy cost and severe inconvenience to the public.

We are looking at alternative solutions to the drainage issue and are carrying out a levels survey in the New Year. This will allow us to explore other options that would require less disruption than having a full closure on the east bound carriageways."

Don't lose your vote this year in Reading #rdguk

Guest post by Josh Williams: Some residents in Reading have been asked to re-register on the electoral roll this year. You can do so here - www.gov.uk/register-to-vote - and when you've registered (or re-registered) you should get a letter from Reading Borough Council confirming you've been added to the roll.

Some residents have reported to us that they haven't received that letter - don't panic!

If you want to confirm you are on the electoral roll you can email elections@reading.gov.uk or telephone Electoral Services on: 0118 937 3717. We've confirmed with them that they will be happy to help.

And if you want to you can even go into reception at the new Civic Offices and look at the newly published register yourself!

If you think you might be away (or know someone who will be) at election time next year (already set by the coalition Government for May 7th) contact us and we can let you have the forms for a postal or proxy vote.

Periodically someone raises the enforcement of box junctions with me. These are often blocked by parked cars sometimes creating a hazard for pedestrians crossing, sometimes making it hard for people to get out from a side road onto the main road. Unfortunately, outside of London, this is a police power and I have been unable to get the police to act on this road safety issue. At some undefined point in the future the council may obtain the ability to take over enforcement. See below for the latest update. Feel free to raise this with the police directly and let me know how you get on. We will keep looking for opportunities to make our roads safer.

"Reference your query regarding concerns from residents over the Road Traffic legislation contraventions of the box junction, I have consulted with my Council colleagues and our Roads Policing Department. The markings of the box junction are clear and should be visible to all drivers.

The council are not authorised to take any enforcement action against drivers ignoring the restrictions. I have asked that they review the signage at this location to see if any improvements need to, or can be made. Mr Beasley has informed me that he will look into this.

As you will appreciate this is a very busy location at peak hours, which is when the problem is at its peak. Due to the absence of a safe and suitable location to pull offending drivers over and the likely knock on effect of actually adding to the congestions and traffic issues in this busy stretch of road, a police operation is unsuitable. Our Roads Policing Dept will only target locations where there is a raised level of collisions, which is not the case, thankfully, at this site.

Both the Roads Policing Dept and the Neighbourhood Police Team are aware of the issue and will take the opportunity for educating drivers or enforcement whenever they observe such contraventions on their daily patrols. Additionally I have asked that this location be paid passing attention at peak hours, when possible, so there is a visible police presence to deter drivers stopping on the boxed junction."

Help with housing problems in the private rented sector #rdguk

We've been  out talking  (left: Josh and Kizzi) to residents about housing issues in the local area, like lack of security measures, mould and poor heating and insulation.

Residents may be able to get help with housing problems from the following organisations.

If you need any additional help let us know.

Help turn the Green surge into votes in Reading

The Green Party stands for a fairer, healthier and more affordable society, and support for these values is surging. To make a difference for everyone in Reading, we need votes. To win votes we need to get our message of a brighter, greener, future out there. To do that costs money.

You can help by donating here www.reading.greenparty.org.uk/get-involved/donate1.html and thanks to the many people who have already donated.

We know that more and more people are thinking about voting Green for the common good. If we can get our policies and successes – such as a living wage to tackle poverty and more renewables to reduce our carbon emissions – out there, we will increase our vote in May 2015.

There is currently a gap of about £2000 between what we need to spend and what we have in the bank. If you could donate £5, £10 or more towards our printing costs that would help us meet our target and get our message out to more and more people.

Donate here and we will turn your money into real change for Reading www.reading.greenparty.org.uk/get-involved/donate1.html

PS you can donate instantly through PayPal here: https://www.paypal.com/cgi-bin/webscr?cmd=_s-xclick&hosted_button_id=6M3V9LRA4ZGXY 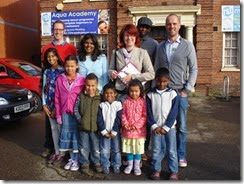 I met up with people from the council to discuss some of the maintenance issues at Arthur Hill. I pushed for more investment in this ageing building. Hopefully we will see some more major progress next year. In the meantime below is an update on some of the ongoing issues:

"Thank you for taking the time to meet with both Ben and I on Friday at Arthur Hills Pool. I hope you found it useful to walk around the site and discuss some of the issues that had been brought to your attention.

I thought I should send a follow up email to raise what we discussed, and act as an answer to some of your enquiry worksheets. Each query is listed below.

Bike racks in the car park – RSL will continue to work with transport planning to ensure that customer bikes are easily accessible.

Brambles at the back of the building -   There had been an issue with brambles overgrowing, but they have since been cut down. There are still some of the cut bramble in the corner of the car park which needs to be removed. Site staff are in the process of doing this.

Boarded window in toilet – The window has been boarded for customer safety. Corporate maintenance are currently investigating this issue.

Swimming Lessons – We have posters made up to promote the new swimming lessons, and we are advertising it on our website. I will also arrange for some flyers to be handed out."

The war on drugs isn't working, but I thought people might be interested in this information from the police.

"A man convicted of a number of drugs offences in Reading has been told he must pay back nearly £20,000.

On 26 May 2013, officers executed a warrant at Robinson’s home and found him trying to push a sofa up against the door. When they searched the property, they found a number of drugs at the property, along with digital scales, 17 mobile phones and a large amount of cash.

He was jailed for a total of 32 months on 25 July this year.

Proceeds of Crime Act proceedings were instigated and on Friday (28/11), a confiscation order was granted for £19,706.08.

Investigator Jenny Bailey from Thames Valley Police’s Economic Crime Unit said: “At the confiscation hearing, Robinson conceded that he had obtained benefit from his criminal conduct.

“The Proceeds of Crime Act enables us to deprive criminals of what has been obtained from their crimes on top of any period of imprisonment imposed."